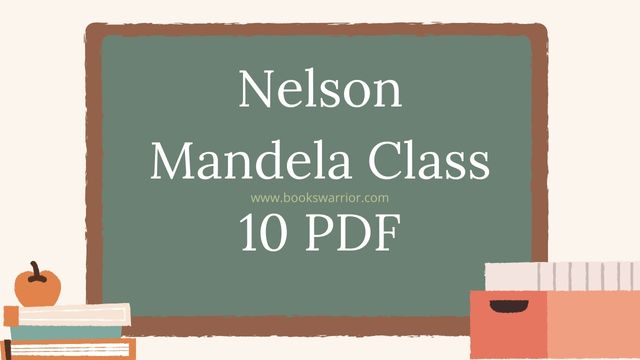 Nelson Mandela was the person behind the African National Congress and he led the struggle against the British in South Africa and after staying in prison for so many years, South Africa got independence and finally in the year 1994 he became the first black president of a new nation. This particular lesson long walks to freedom describes the historic occasion of inauguration, when he became the president, it shows us his inner thoughts his ideas his opinion.

He did not want South Africa exclusively only for the black people he wanted that South Africa should be for everyone for the blacks for the whites and it should be a rainbow-colored nation. In this chapter you will understand what kind of personality Nelson Mandela was. and we will also try to find out the new

Let’s go back to that historic day the 10th of May 1994 dignitaries and world leaders from all around the world had gathered to witness Nelson Mandela become the first black president of South Africa. It was the largest international gathering ever held in African soil the ceremony took place in the Union Building in Pretoria, which until recently was exclusively for the whites.

On that day it took its place in history as the site of South Africa’s first democratic non-racial government after being sworn in Mandela spoke to the gathering as well as to the world.

In this speech he spoke of the honor accorded by the dignitaries and world leaders to South Africa’s newfound Liberty not long ago the country suffered from extraordinary oppression.

However, from this experience a society was born which would make the world proud, brave men and women born from the suppression had fought and achieved freedom.

Mandela vowed that his country would never ever see one man oppressing Mandela, remembers how after his speech the Chiefs of police and military saluted him and pledged their loyalty. The same man would have arrested him not long ago he remembers feeling overwhelmed thinking about the decades that had gone by where one of the harshest most inhumane structures had been created in society.

One section of the society the whites had systematically oppressed another inflicting grievous wound on the country, but this practice and also created brave Patriots men of courage wisdom and generosity.

It was from them that Mandela learned the meaning of courage, he learned was not the absence of faith, it is not that these people did not feel fear rather they overcame fears because they believed in an idea.

As a child he was free to do as he pleased if he obeyed his father and the rules of his tribe as a young man he longed for freedom for himself freedom to earn, marry and start a family. Then he saw that people like him weren’t free, it was then that he was filled with a desire to achieve freedom for his people so, they could lead lives of dignity and self-respect he joined the African National Congress.

It changed him from a frightened young man to a bold freedom fighter from a law-abiding one to a criminal and an outcast but he knew he could not stand idly by when his people’s freedom was threatened.

The oppressor was just another man imprisoned by his hatred of others everyone and Allah believes was deserve our freedom. So that’s it for now to know in detail refer the below pdf.