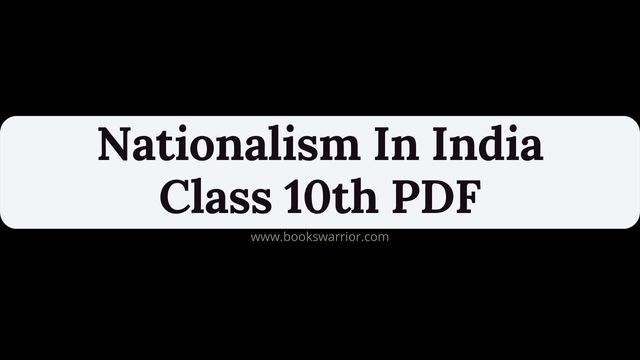 when anyone asks us about our nationality, we say we’re Indians right but what does it mean to be an Indian, does standing up for the national anthem makes us Indian or do we become Indians by hoisting flags on republic day or Independence Day or does it mean that knowing the names of all the prime ministers in a country of one billion people.

it is about who we are as people but in a country as diverse as ours the one thing that we all share is our history, so let’s travel back in time to understand when and how nationalism started and how it has evolved over the years.

As we all know India was under the british or the colonial rule for almost 200 years and like many other countries the beginning of modern nationalism in India is closely related to anti-colonial struggle.

Now the fight against oppression by the common enemy did bring the people of our country together but not effectively as different parts of the country experienced the British rule differently and this led to differences in their ideas of freedom.

Though the congress under mahatma Gandhi tried to unify the different groups within the country but it was extremely challenging, so in order to truly appreciate nationalism, it is worth understanding how it evolved in the form of a non-cooperation and civil disobedience movement and how different sections of the country participated in these movements.

Let’s find out since 1920s how the congress sought to develop the national movement, how different social groups participated in the movement and how nationalism captured the imagination of people shall we now the period of the first world war had some rather crucial impacts on the Indian society economically as well as politically as.

We all know the war led to a huge inflation in defense expenditure and this was getting financed by war loans and increasing taxes due to these customs duties were also raised and income tax was introduced in India.

So, through the war years that is between 1913 to 1918 prices of everything doubled leading to extreme hardship for the common people.

Now the war needed more and more manpower to fight the war seemingly recruiting soldiers from Britain and sending them to fight became an expensive affair for the Britishers, so Indian villagers were called upon to supply soldiers and the forced recruitment in rural areas caused widespread anger.

For more detailed refer the below available download link to read thoroughly.